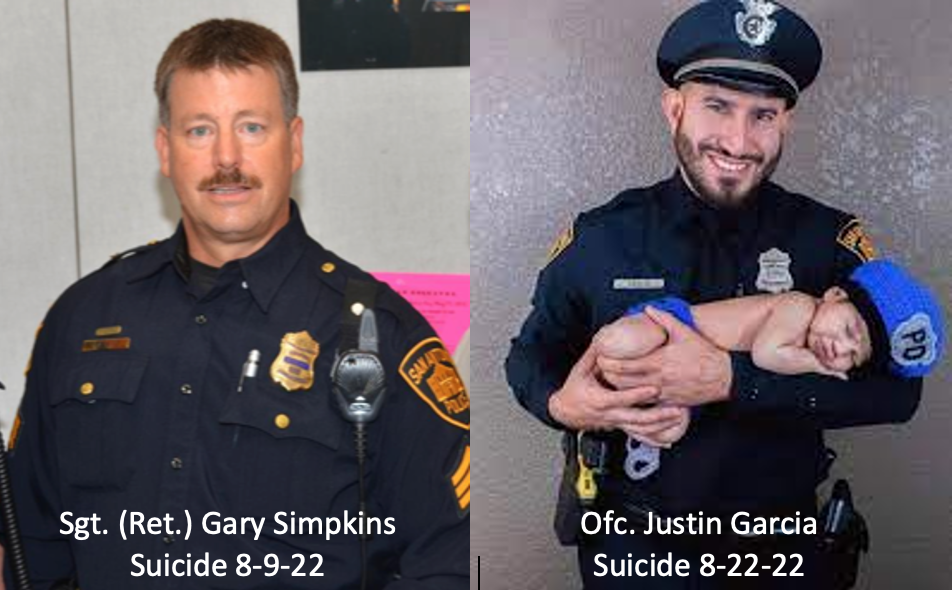 In February, Sadaat Johnson, 27, took his children for a treat. But Johnson didn’t receive the service he believed he deserved from employees at a McDonald’s drive-thru in Midvale, UT. Any reasonable person disappointed with customer service would request to speak with a manager. Johnson was not a reasonable person, and threatened employees by brandishing a pistol. He was asked to pull forward and wait while his order was fixed. Instead, fearing for their safety, employees called 911.
Midvale officers arrived and ordered Johnson from the car. He refused and had to be physically removed by officers. Bodycam video records that while officers were attempting to handcuff Johnson, one officer yells, “Gun, gun, gun!” A single shot is fired from the vehicle. Johnson’s four-year-old son shot at the officers while they were arresting his father. The gun was secured by officers and the children were safely removed from the car. Following the incident, one officer reported, “The male child told me, ‘I grabbed my dad’s gun and tried to shoot the police so he could be free and do what he wanted.’”
The video recording also picked up an officer saying, “Our freaking heads were right there. Had it been any lower, it would have hit. At least we would have gone out together.”[1] Parents are responsible to teach their children self-control and respect for authority. This father failed at both. Until respect for authority is restored in our country, no one is safe, and the lives of law enforcement officers are especially in peril.
SHIELD 616
On Saturday, August 6, SHIELD 616 rolled into Idaho Falls on bicycles. Two days earlier, Jake Skifstad, along with a support team and 25 cyclists, left the Idaho-Nevada border on their way to the Montana border, 349 miles away, with an elevation climb of nearly 8,800 feet. Along the way, they stopped in Twin Falls to present rifle-rated body armor to officers of the Twin Falls PD. The stop in Idaho Falls at Watersprings Church was to present deputies of the Bonneville County Sheriff’s Office with the rifle-rated gear. Ty Orr, lead pastor of Watersprings, opened the church for a dinner, the presentation, and a place to stay overnight for the SHIELD 616 team. Marcela Harvey led in worship, and I was privileged to speak at the presentation service. Jake gave his testimony of being involved in an active shooter event in Colorado Springs where he served as an officer. He noted that it was that event, in which five officers were shot by a man with a rifle, that he felt prompted by God to provide rifle-rated protection to officers through SHIELD 616. For more information about SHIELD 616 click here.
Protector’s Peak
On Wednesday, August 10, Sherry and I left home for the Idaho panhandle. After nine plus hours of travel, the last three hours on windy mountain roads in the St. Joe Mountain Range, we arrived at Protector’s Peak. Protector’s Peak is a retreat center operated by Nate and Becky Harder. Nate is a former Marine and has served as a police officer in several agencies across the country. He currently serves as chief in Mounds View, MN. The retreat, attended by law enforcement officers and their spouses, started on Thursday evening, and went through Sunday morning. Sid and Char also joined the retreat. Sid is a retired pastor and ministers to couples in crisis and law enforcement officers in the Twin Cities area.
Each day began and ended with a short devotion from Scripture on marriage. I facilitated four sessions and Becky facilitated the Saturday evening session. The couples had a great time kayaking on the St. Joe River, fishing, biking, and hiking. We heard positive feedback from the retreat and trust marriages were strengthened.
Suicide is Not an Option
While preparing to minister to the officers and their spouses at Protector’s Peak, I received news that retired San Antonio Police sergeant Gary Simpkins died by suicide. Gary joined the SAPD a year after me. While we never worked together, I’ve known Gary for nearly 40 years and had been in contact with him since retirement.
More tragic news for the SAPD. On Monday, August 22nd, 20-year-old Officer Justin Garcia ended his own life. Please pray for those Gary and Justin left behind.
Pray for your police.