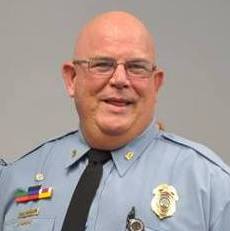 On November 26, 2017, off-duty Kansas City Police Department (KCPD) Captain Michael Howell went to Costco to do some shopping. Little did he know that he was going to come face-to-face with Ronald Hunt, who went to that same Costco to do some killing. Howell was inside when Hunt entered the store brandishing a gun and threatening to kill patrons. Video shows customers running to the back of the store; following them was Hunt. Behind Hunt, Captain Howell stealthily pursued, maneuvering between aisles and gaining ground on Hunt. The video ends there, but Captain Howell relayed the rest of the story to me in a recent phone conversation. Howell followed Hunt to an aisle and positioned himself between Hunt and innocent people. The police captain confronted the gunman, “Police, put down your weapon.” Hunt refused to comply. Howell gave the command a second time. Hunt pointed his gun at the officer. Howell shot, fatally wounding Hunt. No innocent people were harmed.

Captain Howell told me his initial thought was that Hunt was “focused on a violent end with catastrophic casualties.” Howell said, “I knew whatever it took, regardless of the cost, I had to stop him. Thankfully God was with me that day when I faced my Goliath. I was never ‘a bundle of nerves’, or in fear of what might happen. Once I committed to responding, it was if a warm blanket surrounded me…I know it was the presence of God Almighty! I had such clarity of thought and action. Unbeknownst to me, I had a torn meniscus in my right knee. Once I chose to respond, the adrenaline dump blocked all previous pain and I simply responded!” What a great testimony to being prepared spiritually, mentally, and tactically!

Johnson County District Attorney Steve Howe summed up the investigation, “It is our belief that this officer acted with extreme courage, and saved an unknown amount of innocent lives by his actions inside the Costco warehouse on Nov. 26” (The Kansas City Star).

John Edwards from Star Valley, Wyoming bought 10 copies of Pistol in the Pulpit for training church security teams. When he was picking up the books, John told me he has a couple friends who are retired police officers with whom he’d like to share Winning a Gunfight. I gave him copies to give to his buddies. A couple weeks later, one of John’s friends, Greg, from Las Vegas called me and said he received the book. Gregg said he and John both retired from Las Vegas Metro Police. Greg told me he thoroughly enjoyed the book and wanted to order copies to give to his church security team. Greg ordered five copies of Winning a Gunfight and three copies of Pistol in the Pulpit, which is specifically written for church armed safety response teams.

In June the Cop Church family was notified of two tragic accidents involving children of local law enforcement officers. As reported in the last newsletter, Shelley, Idaho police Sergeant Swanson died in the line of duty. The small department was shaken again when Olivia Johnson, the 17-year-old daughter of Officer Jake Johnson was killed in a vehicle accident. Please keep the Johnson family in your prayers and continue to pray the books supplied to the Shelley PD will effectively ministry to the Shelley officers. A Go Fund Me page was set up for donations to help cover funeral expenses, Cop Church Idaho Falls made a donation to the fund.

The second accident involved the 4-year-old daughter of Idaho State Trooper Teresa Stephenson. Young Kameron was run over by heavy excavating machinery. Kameron was hospitalized for several days in ICU but was recently released and expected to fully recover. Praise the Lord for Kameron’s recovery!