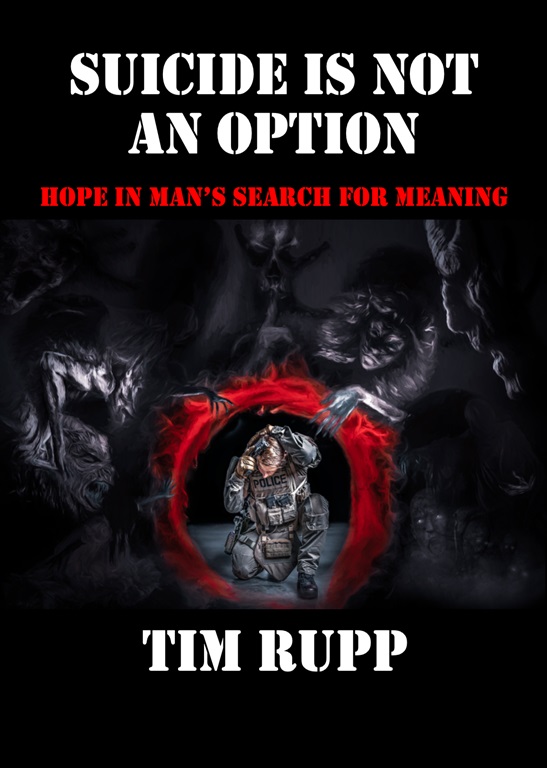 Daily the national media cover the violent attacks on America’s law enforcement officers. Up until now, I’ve refrained from commenting on this in The Blue Line newsletter. Even now, I will refrain and allow God’s Word to speak. Hosea 4:2 can be a headline describing what is happening today in several major US cities, “There is swearing, lying, murder, stealing, and committing adultery; they break all bounds, and bloodshed follows bloodshed.” These are not peaceful protesters…they break all bounds, and bloodshed follows bloodshed. They are violent criminals bent on tearing our country a part by defying authority. Why? The preceding verse tells us, “There is no faithfulness or steadfast love, and no knowledge of God in the land.” Faith, God, and Love. These go hand-in-hand.

The only way we will return to normal is if respect for authority is restored. The ultimate authority is God and all human authorities receive their power from him. Unlike God, human authorities have flaws, but rioting and destruction is not the answer. Peaceful protest that shows respect is how Martin Luther King Jr. was able to bring about change. Respect for authority begins with faith in God. Faith in God naturally leads to recognizing his authority and submitting to his commandment to love him and love each other. Anything short of this and there will be no peace in America.

Yet among all the mayhem in our country, officers still face violence during the “routine” course of their work. Late Saturday afternoon, July 11, McAllen (TX) PD officers were summoned to a family disturbance call on city’s southside. Officers Ismael Chavez and Edelmiro Garza approached the front door when they were suddenly ambushed by a subject from inside the house. Both officers were shot dead before they had a chance to respond. Chief Victor Rodriguez told reporters, “The officers never had a chance to suspect a deadly assault on them, much less death, at that moment in time. Our officers did not draw their weapons, did not fire, never stood a chance, never had a chance. They didn’t suspect a reason.”[1] Say a prayer for the McAllen PD and community in prayer.

Three days after the McAllen officers were gunned down, at about 9:20 p.m., Bothell (WA) Officer Jonathan Shoop was shot to death just blocks from the police department in downtown Bothell. Shoop and a fellow officer were both shot when they attempted to apprehend a suspect who led them on a short car chase after striking a pedestrian. The suspect was arrested early the next morning. The second officer is expected to recover. The investigation revealed Officer Shoop was hit with “friendly fire” from another officer’s gun. In close-quarter-combat things happen fast and it’s not unusual for officers to get shot by a fellow officer. Please pray for the Bothell PD officers and their families.

America’s law enforcement officers are significantly more likely to die by suicide than being murdered in the line of duty. For years mental health professionals have come alongside officers with treatment, assistance, and counsel. Yet, the suicide rate continues to increase. Can this ever-increasing suicide rate among these warriors be stopped?

In “Suicide is Not an Option” I approach suicide from a spiritual health perspective. My police experience enables me to relate the challenges faced by officers today. Using personal accounts, clear language, and practical reasoning, I argue there is meaning to life beyond the individual. A meaning so deep it transcends life on earth.

“Suicide is Not an Option: Hope in man’s search for meaning” is now available on Amazon or to order in bulk at a discount go to TheStrongBlueLine.org.

The first month not being a pastor after eighteen years has been different to say the least! In 2002, I started pastoring Elm Creek Baptist just outside of La Vernia, TX while still working for the SAPD. Five years later, I retired from the PD and moved to Idaho Falls where I began pastoring fulltime. Since the summer of 2007, I’ve been in fulltime ministry. Although I stepped away from being a fulltime pastor, I remain in fulltime ministry. While the pandemic has slowed down The Strong Blue Line ministries, the Law Enforcement Chaplaincy of Idaho is in the first stages of becoming fully operational. Our first Community Chaplain Academy started with more than a dozen chaplains-in-training, representing nine different local churches. There’s still a lot of work to do raising support, recruiting more chaplains, obtaining equipment, etc. Keep us in your prayers as we move forward.