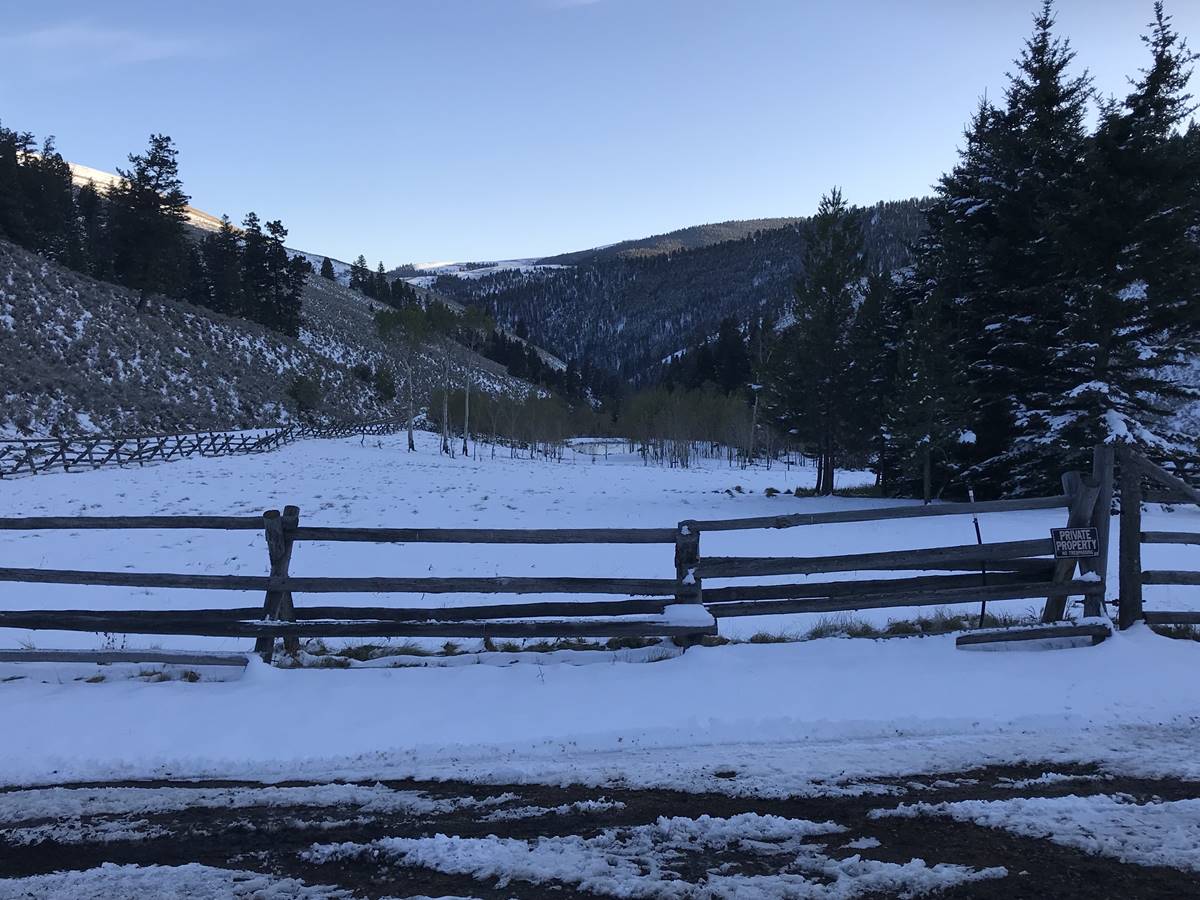 The beautiful Idaho mountains can drain the health out of a man. At eight-thousand feet water freezes quickly in October, and there’s nothing better than a flowing spring of pure water to quench your thirst. I found such a spring and drank deeply from its waters. It was refreshing, invigorating, and nourishing—not to the body—to the soul. It was spiritual water from two minister-warriors.

The Strong Blue Line ministry has opened doors of opportunity for me to meet ministers, chaplains, and warriors across this blessed land we call America. As you might have guessed, my favorite is the minister-warrior. Real battle-scarred heroes who still give of themselves unselfishly to the next generation. Most of America’s warriors have short-lived careers. They were drafted or signed-up for battle. Some battles are fought on foreign soil, some in urban streets in our cities, some across the beautiful countrysides that span our 50 states. These men and women put themselves in harm’s way for people they don’t know, do things they don’t talk about, and see things no human should have to see.

Then they get out. They resign, retire, or just quit and go on with life, trying as best they can to fit in. But a few continue to serve—not with a gun, nightstick, or weapons of war—but with their hearts. They are minister-warriors.

Last month I was honored to be in the presence to two minister-warriors: Larry Ledford and Stu Weber. Unless you are a special forces operator, you’ll likely not know Larry. On the other hand, Stu is a much more familiar name to those in ministry. Both of these men served in the army. Larry served immediately after high school in various countries as an enlisted sniper carrying out top secret missions in several countries. Stu served, after graduating from Wheaton College, as a Special Forces intelligence officer in Vietnam. Following their rather short stints in the army, both continued to serve. Larry with the Louisiana State Police and Stu as founding pastor of Good Shepherd Church in Boring, OR. Now, on the short side of life, in their “retirement years” both men are still giving of themselves with a heart to reach fellow warriors with the peace that is only found in a relationship with Jesus Christ. These are men’s men.

After his stint in Vietnam and receiving three bronze stars, Stu came to realize a real warrior means more than bravery in combat. Twenty-five years ago, Stu wrote Tender Warrior, a book that continues to transform men into being the men God has called all husbands and fathers to be—a tender warrior. Although no longer on staff at Good Shepherd, Stu still travels and speaks across the country encouraging men to fulfill God’s call to be the king, warrior, mentor, and friend in his family, church, career, and society.

The No Greater Love Foundation ministers to America’s toughest warriors and law enforcement officers (LEOs). The ministry is headed up by Larry and Suzie Ledford. Larry—as a retired Louisiana State Trooper and former army sniper—has been there and done that, as the saying goes. And Suzie has been at his side through it all. Larry and Suzie have a heart to provide a safe and comfortable place to help America’s special operators (i.e. SEALs, Green Berets, Raiders, Pararescue) and LEOs. The foundation has access to 12 properties across the US to accomplish their goal. Most of the properties have limited availability. A couple years ago, a San Diego man donated his Idaho ranch to Turning Point Ministries for No Greater Love’s exclusive use. “The Ranch” is a couple hours from Idaho Falls and is “off the grid” adjacent to national forest land in the central Idaho mountains.

After receiving a copy of Winning a Gunfight and looking at the website, Larry contacted me, and we talked about our mutual desire to minister LEOs. On their way up to The Ranch, my wife Sherry and I met Larry and Suzie and we made an immediate connection. Our ministries are complimentary and we look forward to what is in store.

Sergeant Doug Beeks of the Mariposa County Sheriff’s Office is a pastor and founder of Blue Line Ministry. Doug recently emailed me, “We have had several shootings in our area; luckily no officers or deputies injured. I would like to obtain 12 copies of this book to share with my squad at briefing.” The books were delivered to Doug, pray they will help his service and ministry to his squad.