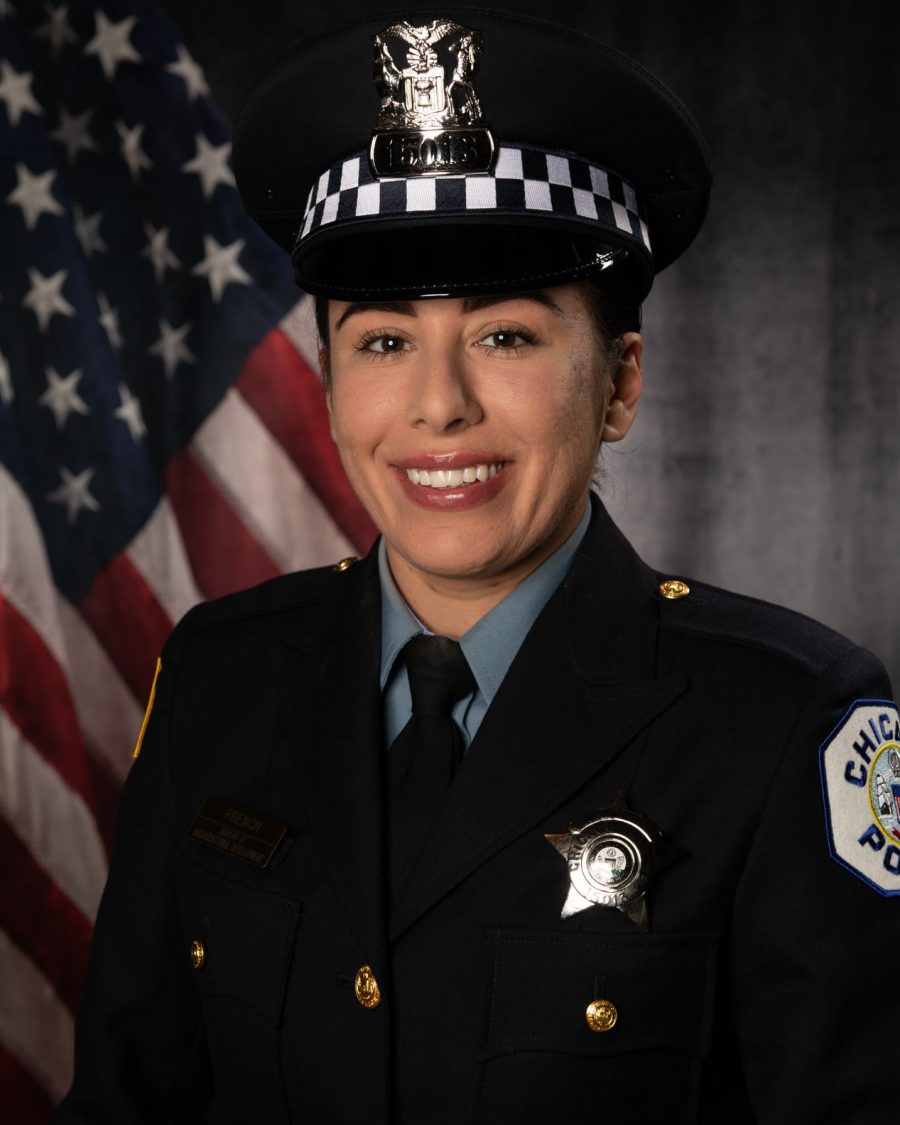 A 29-year-old Chicago Police Department (CPD) officer and mom was shot dead on Chicago’s streets. Officer Ella French had recently returned to patrol duty from maternity leave. On Saturday night August 7th, Officer French and her partner, Officer Carlos Yanez Jr., stopped a car for a minor traffic violation—expired license plates. Officer French contacted the driver, Eric Morgan. She asked Morgan for the keys to the car and to step out. He complied. Morgan’s brother Emonte Morgan, who was in the backseat, wasn’t so willing to cooperate with officers. Emonte Morgan refused to exit the car when officers requested, and a struggle ensued. During the fight, Emonte pulled a handgun from his waistband and shot both officers. The officers went to the ground. The investigation revealed both officers’ pistols were still holstered when they were shot. Video from the body cameras shows Emonte Morgan stepping over the downed officers, gun in hand, as he fled on foot. He was later shot and apprehended by CPD. Both Morgans are facing charges in connection with the shooting. Officer Yanez was released from the hospital; but he has a long road to complete recovery. Keep the CPD and their families in your prayers.

Jake Skifstad and the SHIELD 616 Border-to-Border bicycle ride concluded the first weekend in August. For the eighteen riders, it was a grueling four-day, 400-mile ride from the Oregon border across southern Idaho to the Wyoming border. The ride raised money for special rifle-rated armor. On day three, a special service was held at Watersprings Church in Idaho Falls where 30 Bonneville County deputies received body armor courtesy of private donations from citizens and businesses in the Idaho Falls community. Jake says he plans to be back next year to complete outfitting the BCSO with the life-saving gear. Pastor Ty asked me to speak that weekend. To watch the video of the sermon, “Warriors and the Gospel” click here.

Our Guardian Angel Safety light fundraiser ended with a donation of thirty lights to the Idaho Falls PD. Chief Johnson and his department were very thankful for the safety equipment. EastIdahoNews.com carried the story, to read it, click here.

After Kabul fell, Chaplain Christa Trinchera suggested the LECI host a prayer vigil for our military, their families, and those in danger in Afghanistan. The vigil was quickly organized via social media for Tuesday evening, August 17th at the Vietnam Veteran’s Memorial on the Snake River in Idaho Falls. We had a meaningful time of prayer with several LECI chaplains in attendance and representatives from several local churches. There were also some military combat veterans who attended. Pastor Dave Coleman from Watersprings Church shared about some of the dangers faced by the Afghan Church and the death threats faced by their leaders. Continue to keep the situation in prayer.

Twenty years ago, terrorists attacked America and took down the towers of the World Trade Center in New York City by flying high-jacked commercial airliners into them. A third airliner was flown into the Pentagon Building in Washington DC. Finally, a fourth airliner, which was likely meant to be flown into the White House, crashed in a Pennsylvania field because citizens overpowered the terrorist and thwarted their evil plan.

Among the nearly 3000 people America lost that day were 415 first responders who went into the fiery towers to rescue those trapped inside the burning buildings.

Where were you on that fateful Tuesday morning? I was at home with my wife and our youngest child Emily, who was not yet 4 months old. I was getting ready for an appointment in downtown San Antonio—I never made the appointment. Sherry and I were captivated and devastated as we watched, in real time, the second airliner crash into the second tower. Then the Pentagon. Then the fourth into the Pennsylvania field. As we remember the 9/11 attack on our country 20 years ago and witness the unjustified verbal and physical assaults on law enforcement over the past year and a half, we believe it is our Christian duty to thank and honor those who dedicate their lives protecting the innocent from physical harm.

On Saturday, September 11th, at 7 pm, Cop Church and Watersprings Church are partnering to remember the 9/11 attack and to thank our local first responders. At this special service, we will honor the firefighters and law enforcement officers of the Idaho Falls community. Pray for your police.