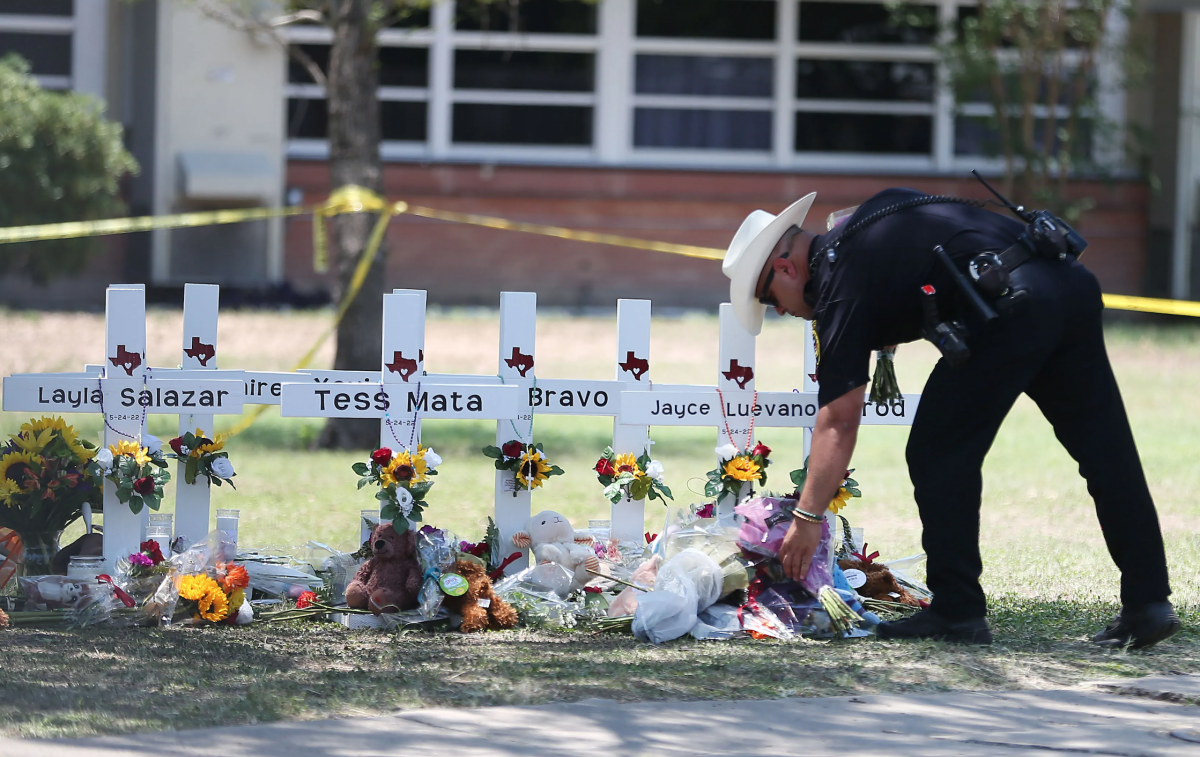 The mass murder of children in Uvalde was yet another reminder of humanity’s depraved heart. On May 24th, 18-year-old Salvador Ramos murdered nineteen children and two teachers at Robb Elementary School in the small Texas community. Seventeen others were wounded. Almost immediately the blame game started. Someone left a door unlocked. Someone sold Ramos a rifle. The police were too slow to respond. Mental health providers didn’t identify Ramos as a threat. The FBI didn’t catch Ramos’ posts on social media. The finger pointing continues. How about Ramos violated God’s moral law against murder? How about holding Ramos responsible for his actions?

It is necessary, and would be irresponsible, not to investigate the police response, to look for ways to better secure schools and protect the innocent. But how about looking for the root cause of these violent attacks?

The fact is many people don’t want to admit an 18-year-old young man is capable of so much evil. Why don’t we want to admit that? Because admitting that is admitting to the depravity of the human heart. So, we look for somewhere to place the blame. Something we can control. Maybe he had a mental illness that can be cured with therapy. Perhaps he had a drug or alcohol addiction that can be treated. Perhaps if we pass more restrictive gun laws. The news media doesn’t help when they fuel the outcry about mental health, substance abuse, and gun violence.

Let’s consider the facts. (1) Guns aren’t violent. I have several guns in my house and they are locked up. Not because the guns are violent, but because I don’t want a human getting a hold of them and hurting themselves or someone else. (2) Laws don’t stop murder. If a law could stop the behavior, mass shootings would never occur (murder is against the law). England and Wales have very restrictive gun laws, yet statista.com reported, “Violent crimes in England and Wales reached more than 1.77 million offences, according to police recorded crime statistics, a huge increase of more than 1.1 million when compared with 2012/13, when there were just 601 thousand violent crime offences.”[1] (3) People with mental disorders are not the problem. A study from the National Library of Medicine reported that, “Mental disorders are neither necessary nor sufficient causes of violence.”[2] Research demonstrates in study after study that people with mental health disorders are not significantly more likely to participate in violent crimes.

So, what changed in America?

In 1962, the US Supreme Court banned school-sponsored prayer in public schools. Children born in the very next generation were responsible for the Columbine High School shooting in 1999. A correlation or a coincidence? America wasn’t the first nation to experience such violence in our streets. Here’s what the biblical prophet Hosea wrote to Israel in 800 BC, “There is no faithfulness or steadfast love, and no knowledge of God in the land; there is swearing, lying, murder, stealing, and committing adultery; they break all bounds, and bloodshed follows bloodshed” (Hosea 4:1b-2). Sounds like a modern-day headline. No knowledge of God means no love. No love results in self-centered people breaking all bounds where bloodshed follows bloodshed. Chilling words from God follow a few verses later, “Since you have forgotten the law of your God, I also will forget your children” (Hosea 4:6b).

Will the violence ever stop? When will it stop? Yes, the violence will stop. One day, God will make all things right. “And the dead were judged by what was written in the books, according to what they had done…He will wipe away every tear from their eyes, and death shall be no more, neither shall there be mourning, nor crying, nor pain anymore” (Revelation 20:12b; 21:4a).

Do we have to wait for the final judgment for things to get better in our country? No. There’s another Old Testament promise that can be applied to believers in America today, “If my people who are called by my name humble themselves, and pray and seek my face and turn from their wicked ways, then I will hear from heaven and will forgive their sin and heal their land” (2 Chronicles 7:14).

Let’s humble ourselves before God, seek him, and pray for America.

Next month, I’ll be at Protector’s Peak with Nate and Becky Harder helping to facilitate a law enforcement officer and spouse marriage retreat.