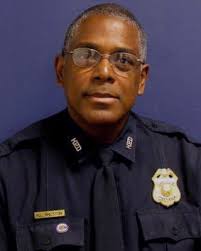 In 1979, I graduated from high school and began my law enforcement career as an Air Force security police officer. That’s the year Harold Preston joined the Houston (TX) PD. After my four-year enlistment, I joined the San Antonio (TX) PD in 1983. By then, Officer Preston was a four-year vet of HPD. Over our careers we both promoted to sergeant. I retired in 2007, moved to Idaho and became a fulltime pastor. Sergeant Preston remained on the job in Houston. In 2009, I was appointed a reserve deputy at the Bonneville County Sheriff’s Office (BCSO) and served until February of this year—finally hanging up my badge and gun. After more than four decades with HPD, Sergeant Preston also planned to hang up his badge and gun this year. He never did.

On Tuesday morning, October 20th, I went to my office and prepared to teach the first day of a chaplain academy class for the Law Enforcement Chaplaincy of Idaho (LECI). At about that same time, Sergeant Preston, along with two other HPD officers responded to a domestic violence call on Houston’s southwest side. The three officers contacted a female complainant who said she wanted to retrieve some personal property from her apartment, whom she shared with Elmer Manzano. Manzano’s 14-year-old son unlocked the door to the apartment. Manzano appeared at the door with a gun and suddenly started shooting. The boy, Officer Waller, and Sergeant Preston were all shot. Officers returned fire, striking Manzano in the abdomen. Officer Waller and the boy were not seriously injured. Sergeant Preston was shot several times in the head and died. He was 65. Manzano was arrested and booked. He now faces capital murder charges.

That evening, in Idaho, I taught a new group of potential chaplains that the reason LECI was founded is to share God’s love through compassion to those in crisis. Our primary ministry is to officers and their families. Meanwhile, Sergeant Preston’s family began the grieving process and started to make funeral arrangements for their fallen hero. Pray for the HPD and Sergeant Preston’s family.

The normally silent morning hours of a peaceful Sunday were pierced by the cries of parents who were told their children were dead. There’s nothing easy about making death notifications—especially when it’s the death of a child—but four back-to-back notifications were especially trying.

In October, LECI began making calls for the BCSO on a limited basis. The twelve graduates from class 20-A assumed weekend on-call duties as part of their training. On Sunday morning, October 18th, I was awaked shortly before 4:30 am by a BCSO sergeant, “Tim, we have a triple fatality accident, and sure could use some chaplains. Can you respond?” Of course, we responded. I called Chaplain Christa and she contacted two of our new chaplains, Mike Ghiglia and Jackie Todd. The four of us responded to the crash site.

Driving up on the scene brought back memories of policing, but this time I wasn’t there to investigate or supervise the scene. The chaplains and I were there to minister. The on-scene supervising sergeant said priority for the chaplains was to assist with death notifications. We had four to make: the parents of the two girls, and the parents of the young man. The young man’s parents were divorced, and each needed to be notified. We met with Sergeant Lovell, who was in charge of making the notifications. Before we arrived, the plan was for him and another deputy to make all the notifications—a tough burden to bear. With the assistance of the chaplains, the deputy was relieved from making the notifications; the chaplains, alongside Sergeant Lovell, made all the notifications. The new chaplains did an amazing job ministering to the families in their greatest time of need. Please pray for the families of the young people who died, the first responders who worked the accident, and the chaplains.

Cop Church resumed services on October 18th! We had a wonderful relaunch with several new faces in the crowd. This month we began a study in Daniel. If you’re in the Idaho Falls area on the first or third Sunday of the month, drop in and worship with us. Meal at 5 and service begins at 5:30. We meet in the Fellowship Hall at Watersprings Church. The service was video recorded and put up on our Facebook page. Audio of sermons are also available on the website.