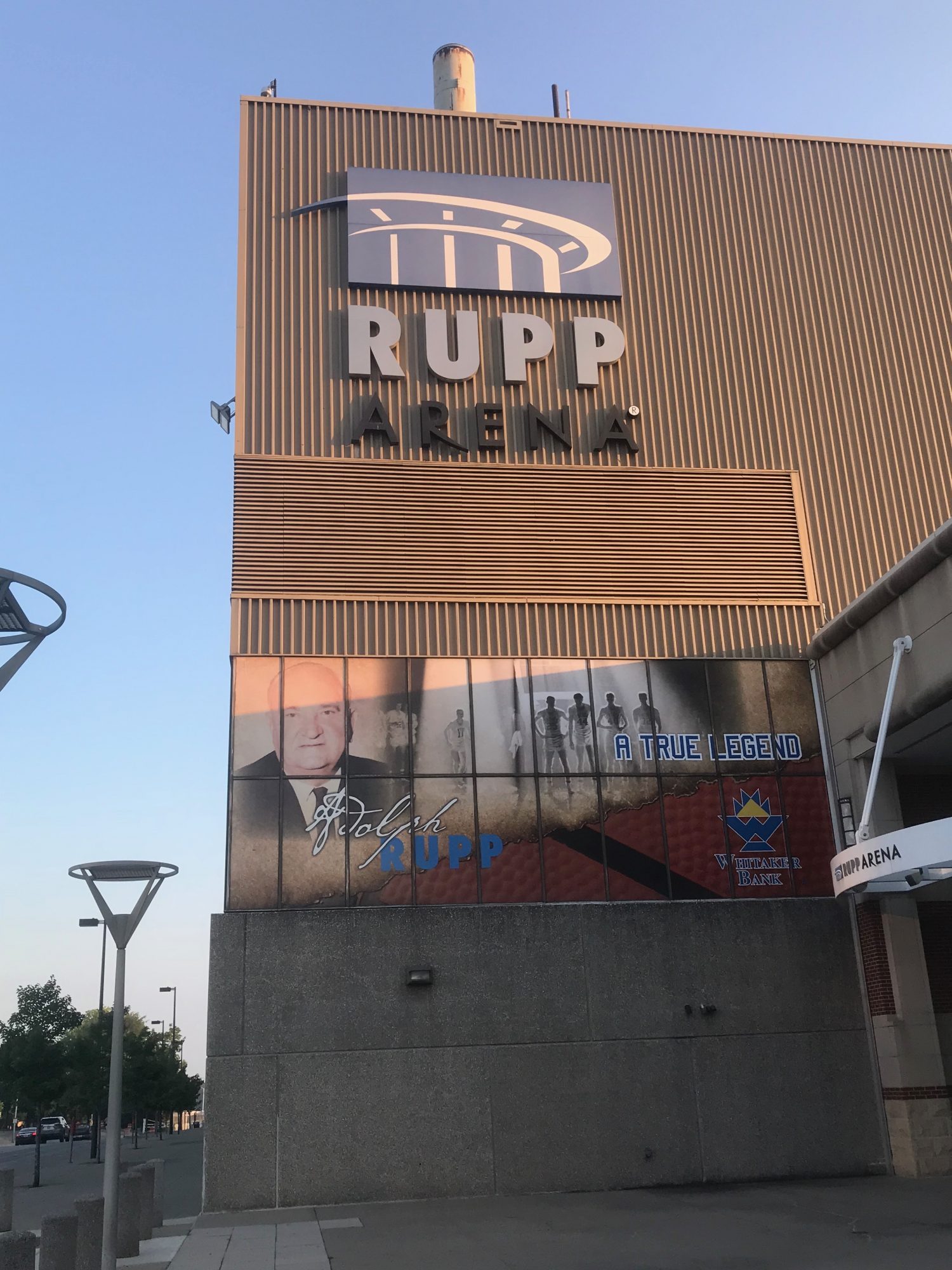 Lexington, Kentucky was the site of the Annual Training Seminar (ATS) for the International Conference of Police Chaplains (ICPC). It was held at the Rupp Arena…no kin! The ICPC is an international, organization made up of chaplains and liaison officers from different faith groups and law enforcement agencies that offers professional training and networking for law enforcement chaplains. This was my first interaction with the ICPC and found it is a highly professional organization whose chaplains have a heart for law enforcement officers and their families. Not only was I privileged to attend several classes, I was also honored to teach a class based on my new book Winning is More than Surviving, a clergy’s guide to Winning a Gunfight. The classes I taught were attended by nearly 200 chaplains from Hawaii to Canada to Jamaica. The classes were well received, and I was asked to come again next year to the ATS that will be held in Wichita, Kansas. Please keep the ICPC chaplains and their ministries in prayer.

A couple months ago I mentioned my quick visit to Texas. While there I met with my old friend Pastor Frank Pomeroy of Sutherland Springs First Baptist Church. We caught up with each other and he shared that his church is doing remarkably well only six months after the terrible attack. Pastor Frank showed me around their temporary facility and the sanctuary where the deadly shooting took place. I was humbled by stories of faith that he shared. They were just breaking ground for a beautiful new sanctuary. Going forward, Frank realizes his congregation continues to be under the threat of violence. He is using Pistol in the Pulpit to train his Armed Safety Response Team. Although the tragedy of last November is behind them, they continue the healing process, please continue to keep Pastor Frank, his wife Sherri, and the congregation in prayer.

Mr. Dave Cook from Boise, Idaho sent me this email: “Mr. Rupp, I just wanted to touch base with you and let you know how much I enjoyed your book Winning A Gunfight. I have been traveling more than usual and am trying to schedule a sit down with our pastor Steve Moore at Ten Mile Christian Church so I can get a copy in his hands to see what he thinks about a ministry for getting it into as many police officers hands as possible. I gave Rob (my brother with BPD) his copy and the first thing that rolled off his lips as he pointed to your forward by Grossman ‘He is one of the best.’ Later I received a text from him saying, and I quote ‘Oh my gosh – I just realized you got that book signed for me – Thanks!!!! Pretty Dang Cool!’ We recently had an ID State trooper give an ‘Active Shooter’ training at our monthly safety meeting here at work and he is directly in line with your thoughts throughout the book. I asked him if he had read your book he said he wasn’t much of a reader but had read one by Dave Grossman, I told him that Mr. Grossman did the forward in your book. That caught his attention. Another Thank You for putting together such a classy, down to earth, easy read with so much practical, simple to implement and common-sense information for anyone who still loves this country for the principles it was founded on to use. As Elmer Davis said, ‘The nation will remain the land of the free only so long as it is the home of the brave.’ Christ Be With You, Dave.” Thanks so much for the kind words!

If you have any stories about how Winning a Gunfight is making an impact, please share them with me. Also, if you are interested in promoting The Strong Blue Line ministry at your church, don’t hesitate to contact me.

Thanks to Pastor Gordon Boyle who filled the pulpit for me in July while I was taking in the Kentucky Bluegrass. Our worship leader, Buster Brown, is moving to northern Idaho, so we are in the process of finding a new leader. Pastor Gordon and I are working on this, so keep us in prayer. We have some special events coming up soon, on Saturday, August 18 we are planning a picnic at Tautphaus Park in Idaho Falls. Also, our September service falls on the 11th, so we are planning a special service to remember the attack that took place 17 years ago.