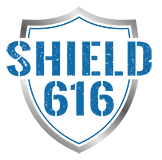 On November 27, 2015, at 11:30 am, 57-year-old Robert Dear Jr., armed with an SKS 7.62mm rifle, went to a Planned Parenthood clinic in Colorado Springs, CO, and started shooting. The clinic staff heard the shots and called 911 as Dear made his way through the building shooting at random targets. Officers responded and a standoff ensued. Two local tactical teams were activated. A Bear Cat armored vehicle was used to smash through the front doors and rescue people trapped inside. The tactical teams were deployed to locate and eliminate the threat. The ordeal went on for five grueling hours as the tactical teams methodically searched the facility. The suspect was finally forced to give up. It ended with three dead and several injured.

Among the dead was 44-year-old University of Colorado Officer Garrett Swasey. Officer Swasey was one of the initial responders. In addition to the three people killed, four civilians and six LEOs were shot. Dear was charged with three murders and several assaults. The court determined Dear was mentally incompetent to stand trial and remains confined to a mental institution.

One of the Colorado Springs tactical officers who responded to the active shooting was Jake Skiftad. Prior to the incident Jake believed street officers should be outfitted with rifle-rated body armor to help protect them from high-powered rifle bullets. The standard-issue ballistic vests that the vast majority of LEOs wear are pistol-rated vests. In other words, they are designed to protect against bullets fired from pistols, not rifles. Rifle bullets are traveling three to four times faster than bullets leaving the muzzle of a handgun. The increased velocity makes for a much more lethal round capable of penetrating standard-issued ballistic vests. But the fact of the matter is rifle vests are very expensive and law enforcement agencies simply don’t have the money to provide rife-rated vests for all their street officers. Generally, if an agency has any, they are reserved for the special response teams.

The death of Officer Swasey was catalyst that spurred Jake’s idea into reality. Jake formed a non-profit organization he named Shield 616. The name comes from Ephesians 6:16, where the Apostle Paul wrote, “In all circumstances take up the shield of faith, with which you can extinguish all the flaming darts of the evil one.” Although the apostle was writing about spiritual warfare, Jake uses the verse to apply to the physical warfare in which officers are engaged in across the country.

Each year, Shield 616 selects a couple agencies to provide Angel Armor rifle-rated vests and helmets to—free of charge! The cost to outfit an officer is about $2500. Jake raises money from community donations centered around a “Boarder-to-Boarder” bicycle ride. Sponsors come from the local community, businesses, churches, and individual citizens. This is the first year Shield 616 is going outside of Colorado and they’ve selected Idaho’s Bonneville County Sheriff’s Office as their agency. Jake’s goal is to raise enough money to outfit at least 30 deputies. Bonneville’s Sheriff Samuel Hulse said, that although 30 vests won’t outfit his entire agency, it will provide protection for their first responding deputies. For more information, or to donate to the Idaho Border-to-Border event click here. Chaplain Paul Verhoeven will be riding to represent LECI.

Last month we graduated our third Community Chaplain academy, Class 21A. Thirty chaplains have now completed the training and have joined together to serve the Bonneville County community. One of our calls last month was for a family of five whose house burned to the ground. Thankfully, there were no injuries to family members. The house and its contents were a total loss. Chaplains responded to comfort the family and offered resources to begin the process of getting back on their feet. Please keep the family in prayer. We also made several death-notification calls, please keep the family members in prayer.

Idaho Falls Police also requested chaplains as role-players for their SWAT training. The chaplains and officers enjoyed the training, and the SWAT commander expressed his appreciation for the help. We had a couple chaplains who sustained minor “gunshot” wounds from the training guns, but all-in-all, it was a very positive experience.

After a few special Sundays that included the Clifton Jansky concert, the LECI dinner, and Easter, we finally got back to our study in Daniel. Please join us in person or online (via the Cop Church Facebook page) the first and third Sunday each month service begins at 5:30 pm, MST (dinner at 5 pm).

The Strong Blue Line Ministries have started to book seminars for 2021, our first will be in Idaho Falls. For more information or if you know of any agency (or church) that would like to host a seminar, please contact me or click the “Seminars” tab on our website. Please consider supporting The Strong Blue Line Ministries. With enough financial support, I will be able to provide seminars for free or at greatly reduced costs to officers or their agencies. Pray for your police.