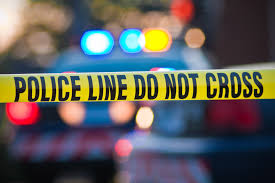 “Suicide by cop” is a term used by law enforcement officers to describe a person who threatens to use deadly force against the officer or another to goad an officer to shoot, thus committing suicide by provoking the officer to pull the trigger. Occasionally, the threat is made with a toy gun the officer believes to be real. Unfortunately, “suicide by cop” is not uncommon, and you can imagine the potential emotional scars this type of shooting can leave on officers. Some officers experience “false guilt” for harming or killing a person who turned out only to be feigning a threat. In Winning a Gunfight I address true guilt and false guilt and help prepare law enforcement officers to properly deal with both types of guilt.

In 1962, President Kennedy designated May 15 as Peace Officers Memorial Day and the week in which that date falls as Police Week. Twenty years later an annual Memorial Service was started at Senate Park in Washington DC. Now, thousands of law enforcement officers from around the world gather each year to remember and honor those who gave their lives in the line-of-duty. My friend and fellow police chaplain, Jim Bontrager (Elkhart, IN) takes a ministry team to Police Week each year. This year Jim asked for donations of literature for free distribution to officers in attendance. Cop Church and The Strong Blue Line will be donating copies of Winning a Gunfight to be given out. We have already received donations to help provide books. In fact, we received a promise of 100 books, if we could raise a matching 100 books. Please consider donating, keeping in mind each book purchased will provide two books. Click here to support this effort.

In 1977 my family moved to Converse, TX to plant New Life Baptist Church. My father served as pastor until he retired 2001 to serve in another church. Although their ministry in Converse ended almost two decades ago, my parents still have a heart for the community they served. Last month, my parents and younger brother Steve, presented 50 copies of Winning a Gunfight to Converse Police Chief Fidel Villegas. Chief Villegas was overjoyed for the donation and will ensure each of his officers receive a copy. Chief Villegas called to thank me for writing the book and for the donation. Pray these books will help the officers of Converse.

This month, I have a Winning a Gunfight seminar scheduled in Idaho Falls and will begin April with a four-hour training seminar in Emporia, KS at the Lyon County Sheriff’s 14th Annual Sheriff’s Spring Training. There will be about 200 law enforcement officers from all over Kansas in attendance. Pray for your police.