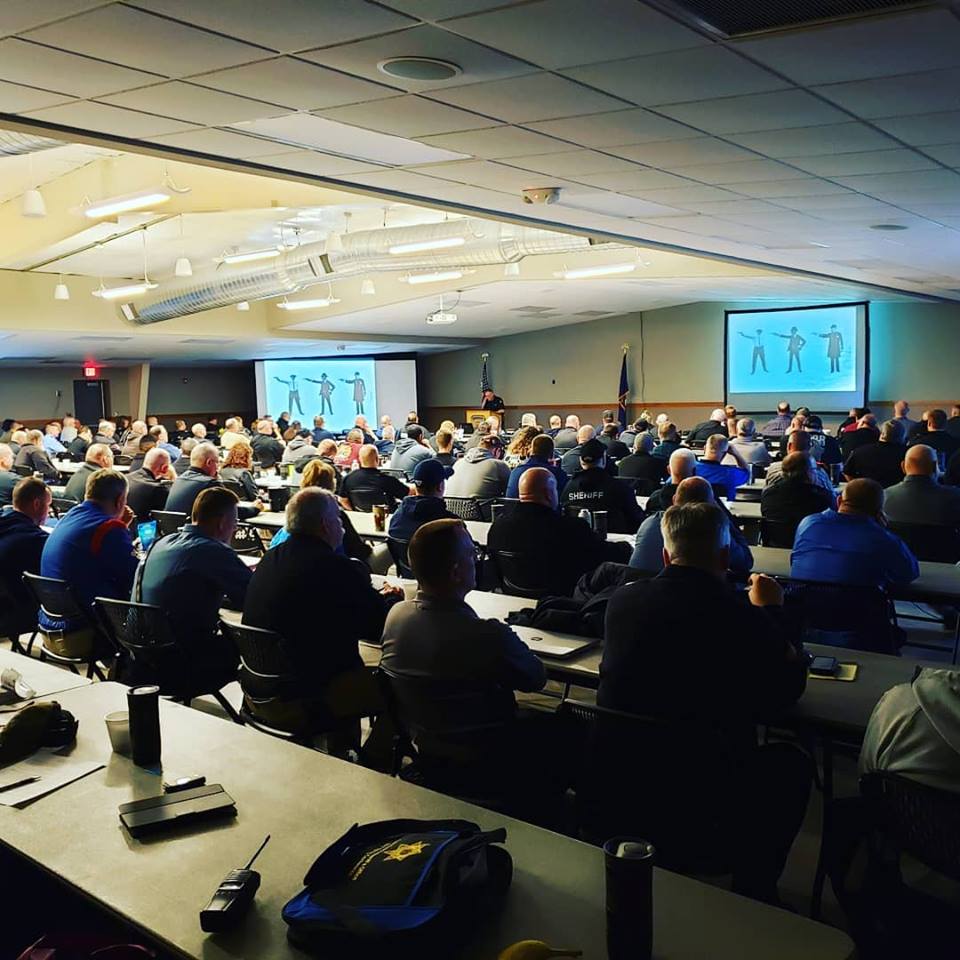 Gunfire erupted in the Galleria mall in Hoover, Alabama on Thanksgiving night, 2018. Seventy-five feet away were two on-duty Hoover police officers. Fearing the worst—an active shooter event—the officers drew their pistols and ran toward the gunfire as dozens of shoppers scrabbled to get away. The target of a gangland-type shooting, 18-year-old Brian Wilson, was shot in the stomach and had fallen to the floor. A twelve-year-old girl, who just happened to be nearby, was also hit with gunfire.

Initially, the officers were lauded as heroes whose quick actions stopped a mass shooting. Two eyewitnesses also reported they believed the man police shot was the shooter. But the investigation soon revealed the man shot and killed by the officer was not the shooter. The release of this information sparked flash-mobs and anti-police protests in Hoover. In February, the Attorney General concluded the officer “reasonably exercised his official duties, powers, or functions…[and] did not commit a crime.”

Officers are often required to make split-second, life-and-death decisions. The decisions they make are based on the information available to them at the time the decision is made. Never do they have all the information, and sometimes that information is misleading.

One of the officers involved in the tragic shooting attended the Birmingham (Hoover) Winning a Gunfight seminar. He approached me afterwards and thanked me for the presentation and said that it was helpful. The officer said it was difficult, not only dealing with the shooting and the loss of life but going from hero to villain overnight. Please keep him and all the officers on the Hoover PD in your prayers as the community heals from this incident.

Last month I had three Winning a Gunfight seminars in three states: Montana, Mississippi, and Alabama. The local media in Meridian, Mississippi covered the May 15th seminar there, click here to read their story and click here to watch a video report. The following day I was in Birmingham (Hoover), Alabama for another seminar. There were well over 100 officers at each seminar in the South. All were well received, and each officer received a copy of Winning a Gunfight as well as continuing education credits. The Mississippi seminar was funded by the Lauderdale County SO, the Attorney General’s Office, and the Mississippi Baptist Convention Board. The seminar in Alabama was hosted by the Hoover PD and funded by Shades Mountain Baptist Church, the Shelby County Law Enforcement Chaplains’ Association, and Blue Watch. Special thanks to Chief Deputy Ward Calhoun (Lauderdale SO), Chaplain John Temple, and Mr. Burke Swearingen (Blue Watch) for making the southern seminars possible.

Check out this 30-second video from Police Chaplain Jim Bontrager at the annual National Police Week in Washington DC. Cop Church Idaho Falls donated 125 copies of Winning a Gunfight for Chaplain Bontrager to give out to officers from all across the country. Click here and scroll down to the video. Also on the page you’ll find a gallery of pictures from recent events.

On May 4th, East Idaho Church Security held a church security seminar and invited me to speak about the biblical response of using lethal force to defend life. The feedback to the seminar was positive and those present look forward to future training events. My presentation was based on the first couple chapters of Pistol in the Pulpit.

When recording a radio spot for Cop Church last year I met KUPI radio personality Jeff Roper. Jeff is a fellow San Antonian. We talked and laughed about how we both ended up in Idaho. Jeff is unashamed of his Christian faith and when I was back at the radio station last month, he asked me to pray on-air for the Idaho Falls community on the National Day of Prayer. Continue to keep our country and your community in prayer throughout the year, not just one day a year.

Mike Ghiglia (Share the Son Ministries) and Ty Orr (Watersprings Church) filled the pulpit for me at River of Life and Cop Church when I was gone. I listened to their sermons online, both did a great job, thanks guys! You too can listen to their sermons on the churches’ websites. Pray for your police.