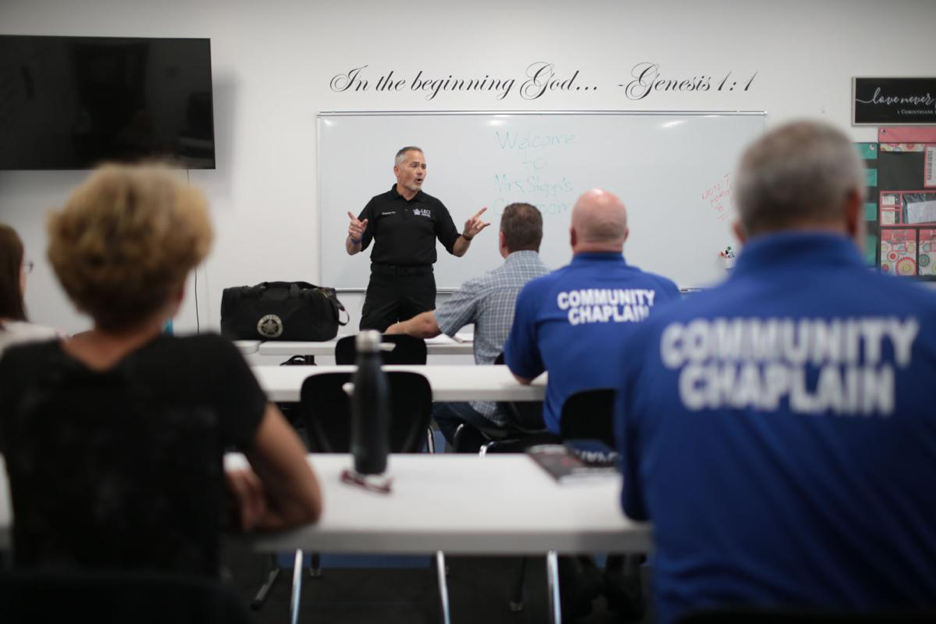 While the larger metropolitan areas receive the vast majority of media coverage, policing proves dangerous in the small municipalities across the nation. Recently the Beehive State reported an unusually high number of officer-involved-shootings. According to the Salt Lake Tribune, police shootings across Utah surpassed the total number for all of 2019.[1] There were four in early August.

Late Sunday evening, August 2nd, 17-year-old Cyrus Carpenter and two other juveniles were spotted driving a stolen pick-up truck. West Jordan police stopped the teens and ordered them out of the truck. At first, they refused, then Carpenter exited the truck and started shooting. A gunfight ensued. One officer was shot; Carpenter was shot and killed. The injured officer was hit in the shoulder and is expected to make a full recovery.

Thirty-some hours later at 5 am on Tuesday morning, a Unified PD officer in Kearns made contact with 30-year-old Andrew Gwynn. After obtaining Gwynn’s information, the officer went back to his car to run a routine warrant check. When he did so, Gwynn fled on foot and the officer ran after him. Gwynn turned and pointed a gun at the officer, the officer shot. Gwynn was hit and died. The officer sustained no injuries.

At 2 am the following Saturday, officers in Roy were checking out a suspicious car that fled after being stopped for a routine traffic violation. Shortly after an officer made contact with the car’s two occupants, they sped away. Officers pursued but not wanting to endanger the public with an unnecessary high-speed chase, they terminated the pursuit. The car was later spotted in a field. As officers approached the vehicle they were shot at and returned fire. One suspect was killed; the other was arrested. No officers were hit, but Mik, a police canine, was shot in the face. The dog was treated and is expected to recover. The suspect who died was identified as 21-year-old Aaron Giffin.

Just hours later at about 12:30 pm, officers from the Unified PD were summed to Holladay to investigate a suicidal man with a handgun in a parking garage. In a press release, the UPD said, “Officers negotiated with the man for approximately 30 minutes. At 1:13 p.m., an officer-involved shooting occurred.” The man was later identified as 39-year-old Matthew Hilbelink. Mr. Hilbelink succumbed to his wounds and died in the hospital. The case remains under investigation.

Four shootings. Four suspects dead, others arrested. No police officers seriously injured…physically. But how are they holding up mentally and spiritually? How about their families? The spiritual health of officers and their families is one reason the Law Enforcement Chaplaincy of Idaho (LECI) was founded.

On August 20th, the LECI graduated its first Community Chaplain Academy class. The twelve members of Class 20-A represent nine churches from the Idaho Falls community. The academy was held at Watersprings High School and consisted of 30 hours of training that included classroom lecture, scenario practicum, and presentations from Bonneville County Backcountry Deputy Michael Vasquez, Search and Rescue’s Matt Fluke, and K-9 Deputy Chris Rix. One of the highlights was the air ambulance presentation by Ben Kelly from Air Idaho. Chaplains were briefed on setting up a landing zone, safety protocol, and assisting the air crew to assure safe landings and take-offs. Part of the training included the helicopter landing on site (on the football field) and being briefed by the flight crew. Unfortunately, the briefing was cut short when they received a call. Nevertheless, the class learned a lot prior to Air Idaho’s untimely departure.

In attendance for the graduation were Bonneville County Sheriff Paul Wilde and Captain Sam Hulse, and Idaho Falls PD Chief Bryce Johnson. Watersprings lead Pastor, Ty Orr gave the keynote address. The ceremony was both encouraging and challenging to the new chaplains. These Community Chaplains will serve by responding to assist first responders in Bonneville County. Community Chaplains primarily minister by meeting the immediate needs of those in crisis. In October, we’ll be starting a second academy and hope to have 15 to 20 additional chaplains trained by the first of the year. Please keep this ministry to officers, their families, and the community in prayer. Here’s a local news story on the chaplaincy from East Idaho News.

On Wednesday, August 12th, Pastor Ty asked me to speak at Watersprings’ mid-week service. You can watch the YouTube video by clicking here.

Change of address: Sherry and I are downsizing, and this month will be moving to our new home. Our new address is 2032 Mikayla Ln., Idaho Falls, ID 83404. Pray for your police.